We all know our eating habits play an important role in getting the fat deposited in the belly area. However its not easy for us to change food habits and nobody wants to stop eating their favorite food menu overnight to lose stomach fat. But what if we can make simple changes in our everyday food without sacrificing the taste and still lose some extra pounds? 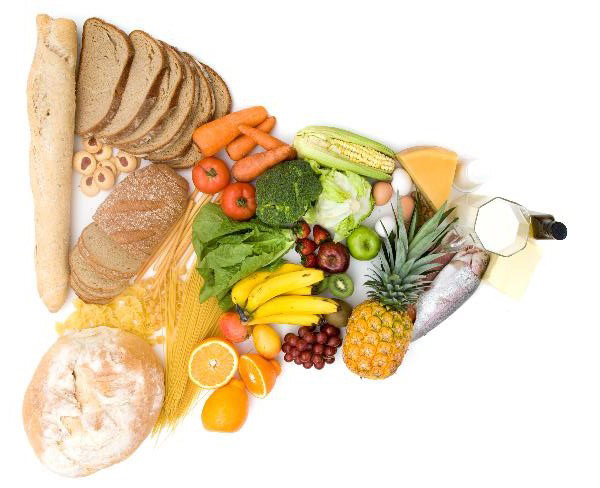 1. Change the toppings on your pizza
If you must have pepperoni on your pizza, consider adding at least two vegetable toppings. If you do this for every meat ordered as a topping, you’ll have a healthier pizza. The carcinogens in meats that are processed have been found to increase your risk of cancer, so you’ll not only be reducing your belly fat, you’ll be improving your health.

2. Use oats to stuff meat recipes
Use oats that are in the same amount of other things you fill with such as crackers or bread crumbs. Not only are oats better for you, because they have high fiber content, they taste the same, and can help you reduce your cholesterol.

3. Swap your food
Sometimes, if you stop to think about it, you can think of substituting something healthier for something full of fat in your favorite recipes. By doing that, you’ll be keeping that fat from settling in your mid section and reducing that dreaded belly fat. Here are a few examples to get your started:

4. Use a healthier, low-fat recipe to replace your “fish-n-chips” recipe
Use white fish such as cod or haddock and cut it into strips. Use sparkling water and self-rising flour for a light batter mix. Fry the strips in a small amount of canola oil. Instead of deep fried french fries, cut potatoes and bake at 450 degrees in canola oil that you season with things like: herbs, salt, garlic, etc.

5. Reduce cheese in your toppings
If you have a recipe that calls for a grated cheese topping, you can reduce fat and add fiber by replacing half of the cheese with whole-wheat bread crumbs. The crumbs keep the texture of the baked cheese, so you won’t know the difference.

6. Eat deli meats that are healthier
Deli meats aren’t all bad, you just need to learn to eat the healthier ones. In order of health, first would be chicken or turkey. Second is roast beef. Third is ham. Lastly, are all the other processed deli meats such as bologna, salami, olive loaf, etc.

7. Don’t drown your food
You may or may not be old enough to remember Timer from the science portion of School House Rock watched in your Saturday morning cartoons. If you do, then you know he had a slogan: Don’t drown your food in catsup or mayo or goo. It’s no fun to eat what you can’t even see, so don’t drown your food! How many times have you seen someone prepare a nice, healthy salad only to pile on so much fattening dressing that it’s no longer healthy? People will also pile on so much gravy that a lean piece of roast beef or turkey becomes unhealthy. Topping with meat natural juices instead or using extra virgin olive oil that is seasoned on salads will keep your food healthy and won’t sacrifice the taste.

8. Don’t eat tuna salad with a lot of fattening mayonnaise
Instead, you can add hot sauce, lemon juice, and pepper to your tuna. It tastes great and adds no fat.

9. Use grated cheese instead of slices
Grate hard cheeses such as Parmesan on your sandwiches. You’ll get all the cheese flavor with much less fat.

10. Have meals without meat
I am not saying go totally Vegan, but every meal doesn’t have to be a “meat and potato” meal. Eat vegetarian lasagna and go without beef. Prepare eggplant parmesan instead of veal parmesan. You’ll be taking in less fat, so there’ll be less fat to stay around your middle.

Some of the above eating habits changes may not be easy for you. Start with the easiest ones. Every step you take counts towards losing your stomach fat and getting that perfect flat belly.

Morbidly obese women is a trend that is growing. More and more women are becoming not just overweight, but morbidly obese which means that they have a BMI (body mass index) of 40 or more. Some of them try dieting and lose few pound and then wonder how to lose stubborn belly fat. As we…

So you’re a woman who wants to lose some fat on your belly. You’re probably looking for some specific exercises that will help you do this as that’s the reason you are reading this article on how to lose belly fat for women. You’ll need to do more than just exercise a certain group of…

3 Things You Must Know About Diet Self-Sabotage Self-sabotage is a big problem for dieters, because they often aren’t aware that they are sabotaging themselves. They often feel as if their struggles are caused solely by outside influences, but deep down inside, they are the ones that are causing the conflicts. Have you ever done…

You know that some of the foods you eat are not helping you get flat belly or lose weight. But you don’t want to become a Vegan get the perfect body. Well, you don’t have to. In the last article I told you about 10 simple changes in your food habits that can result in…

Welcome to Burn Belly.com This site is dedicated to all the women who want to lose their weight especially get rid-off the belly fat.